Due to the internal geometry and mechanical workings of a lever-action rifle, designing ammunition that cycles properly presents some challenges. Federal Premium decided to pay attention to those challenges and make a real effort to overcome them. Designed specifically to run in your lever gun, this is the HammerDown line of ammunition from Federal. 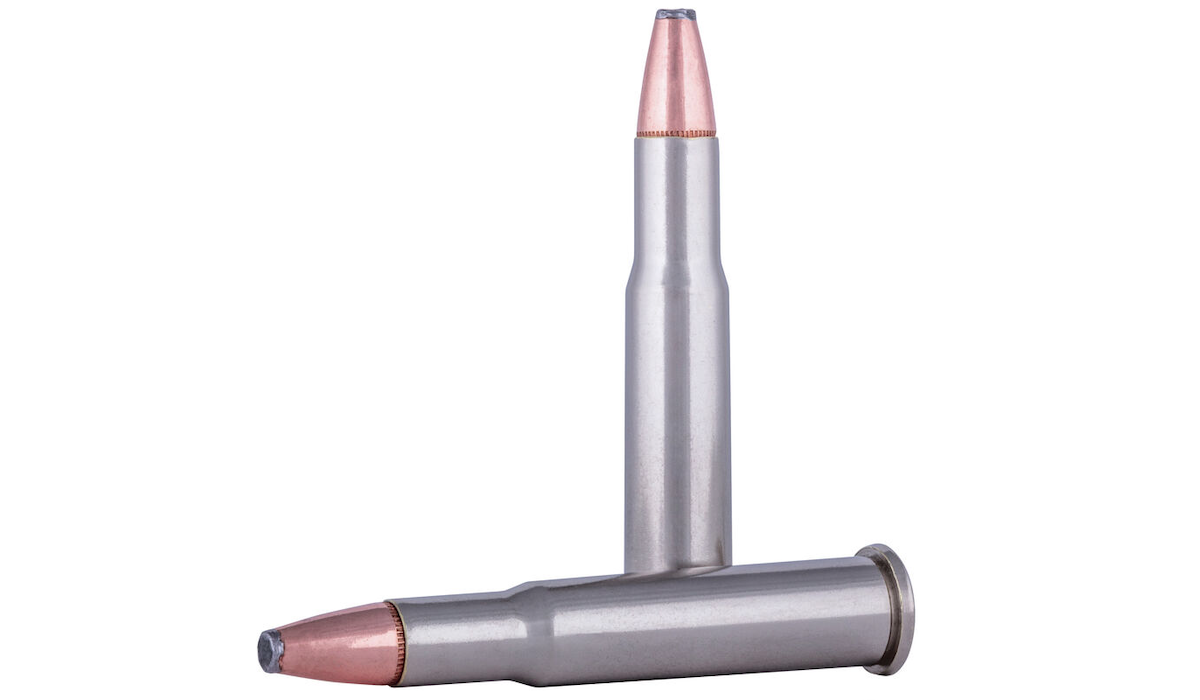 Make your lever gun run like never before with the industry’s only ammunition truly designed for optimal cycling and overall performance from the time-tested rifle platform. Velocities of all-new Federal Premium® HammerDownTM loads are customized to produce superior ballistics and terminal performance through lever-action barrel lengths. The construction of the molecularly bonded soft point bullets has also been adjusted for the best accuracy and expansion at those velocities. The geometry of each round’s case, bullet and cartridge ensures flawless cycling through tubular magazine and typical lever-action feeding systems.

Federal sought advice from some people who know a thing or two about lever-actions. These cartridges were designed alongside Henry Repeating Arms. The HammerDown cartridges were made to run flawlessly in both side gate loading and tubular magazines. They use a modified chamfered case, which is nickel-plated to assist in smooth feeding, as well as preventing corrosion. The bullets feature a flat nose and are optimized for better terminal performance when used with lever-action firearms.

To learn more about your caliber options with HammerDown, head over to Federal’s website and look at what they’ve got. You can also get updates on new products when you follow along on Federal’s social media pages. They can be found on Facebook, Instagram, Twitter, and YouTube. Keep rocking those lever guns!