‘I Cut My Leg Off’: The Gary Edinger Story

OutdoorHub
‘I Cut My Leg Off’: The Gary Edinger Story 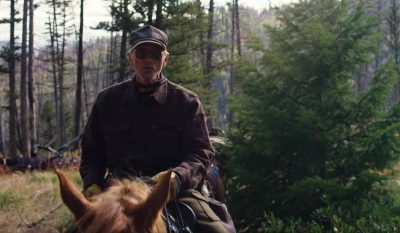 Perhaps you’ve heard the saying “God gives his toughest battles to his strongest soldiers.” Well, on a frigid February morning in 2007, a tough-as-nails logger named Gary Edinger faced a battle for his life after severing his leg while felling a tree in the remote woods of Northern Wisconsin. This is his remarkable story of survival:

The YouTube video below, “Will to Live,” presented by C.C. Filson & Danner, offers a unique perspective gained 15 years ago by cheating death and chasing the call of life-long adventure.

At 9:32 A.M. on February 15th, Gary called 911 in desperate need of medical attention. His left leg had been completely cut off, and he was attempting to drive to safety. On the verge of passing out, the 911 operator strenuously urged Gary to pull over and wait for EMS. However, given the dire circumstances, he ignored that advice and somehow mustered up the strength to keep driving.

Get ready, because this story will make you want to run straight through a brick wall. Especially when Gary talks about returning to the very tree that took his leg just 10 month after the accident and dragging it out of the woods himself!

The post ‘I Cut My Leg Off’: The Gary Edinger Story appeared first on OutdoorHub.