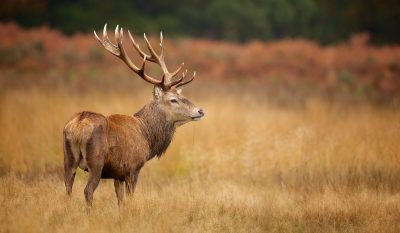 Tennessee wildlife officials are investigating after the popular music artist Luke Bryan reported somebody illegally shot and killed a red stag on his private property in Maury County.

The Maury County Sheriff’s Office has since posted to their Facebook page seeking any information leading to an arrest and conviction of whomever is responsible for this heinous crime. The MCSO also included that the “owner” of the ranch has offered $5,000 to anyone who comes forward with information.

A spokesman for the Tennessee Wildlife Resources Agency, Barry Cross, told The Tennessean he believes the exotic animal was shot from the road.

In the state of Tennessee, it is illegal to hunt from or across a public road, hunt from an automobile or any other motorized vehicle that is moving OR stationary. It’s also illegal to hunt on private property without permission..

“As an agency we appreciate out hunters who do the right thing and follow the bylaws, and it [only] takes a second for someone to ruin it for all of us,” Cross said.

The shooting apparently took place between the evening hours of Wednesday December 4, and early Friday morning on December 6.

Red stag are not native to the U.S., meaning Bryan would have needed to have the animal brought here to live on his farm. Red stag are one of the largest deer species, and are typically found in Europe and Asia.

We reached out to representatives for the ‘Huntin’, Fishin’ & Lovin’ Every Day’ artist, but have not heard back yet.

The post Luke Bryan Offers $5K Reward to Find Out Who is Responsible for Illegally Shooting Red Stag on His Farm appeared first on OutdoorHub.