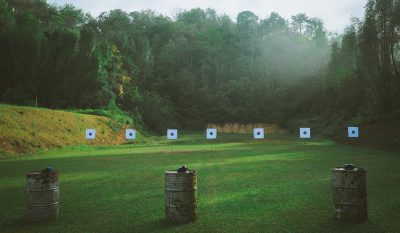 National Shooting Sports Foundation (NSSF), an advocacy organization for the gun industry and gun safety, just released results of a ten-year analysis of participation in shooting sports within the United States. The results of the most recent NSSF Report are mostly positive news for both gun owners and those with industry interests.

The report, An Overview of the Growth in Sport Shooting Participation in the United States 2009-2019,” is a meta-analysis of numerous survey efforts during that period. It isn’t authored by NSSF but by Responsive Management, a research firm specializing in market research for outdoor sporting interests. The report in its entirely is only available to current NSSF members, but here are some highlights:

A whopping 71 percent of people surveyed said that being with family or friends is a “very important” reason for being involved with shooting. Personal defense and participating in a sport/competition shared secondary status as reasons for hitting the range.

Of all the years measured, 2018 saw a record number—22 percent—of adults saying they participate in target or sport shooting. This is a 15 percent increase for the decade covered by the study, and the greatest percentage ever measured. While the respondents’ demographics aren’t provided in the report used to write this article, isn’t it comforting to imagine that, say, in a crowded elevator with nine other people, at least two are likely to be lawful shooters?!

Most sub-groups of shooting grew in popularity

A comparison between 2016 and 2019 saw increased participation in every category except one. Target shooting with handguns, rifles, modern sporting rifles (which enjoy their own category in the survey), target shooting at indoor ranges, outdoor ranges, participating in sporting clays, trap, skeet, and 3-gun, all had a greater number of participants. Only long-range shooting remained stable; no categories experienced less participation.

For the first time, most shooters aren’t also hunters

The surveys discovered a 53 percent non-hunter status among all who participate in shooting. This is consistent with the trend that began to be measured in 2012. Perhaps that’s not surprising considering what the study found when it examined the traits of new shooters, many of whom don’t have ready access to the great outdoors.

New shooters are steadily coming on board – from cities and towns

Of course, the industry has a vested interest in understanding the needs and traits of those who are just entering the shooting sports. Today’s “new shooter” is likely to be from a suburban or urban area rather than the country, most likely to use an indoor range, and most likely to interact with the shooting sports by practicing on targets with a handgun. What’s more, these new shooters are more likely than what the study calls “established shooters” to be female, non-white, and to have grown up in homes that did not have firearms.

Do you find any of the results of this report surprising? Do the shooting sports in your area of the country conflict or resonate with these stats? Have any suggestions for gun and gear manufacturers or service providers to make you or your friends more likely to participate in shooting? Tell us in the comments.