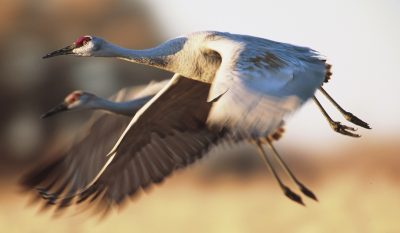 Starting in September, residents in the state of Alabama can register for a chance to obtain a sandhill crane hunting permit for the upcoming season. The registration process will be open for several weeks and is limited to residents 16 years of age or older OR Alabama lifetime license holders.

“The Alabama Wildlife and Freshwater Fisheries (WFF) Division will conduct a draw hunt of 400 permits to hunt sandhill cranes,” David Rainer with the Alabama Department of Conservation and Natural Resources said.

The state wildlife agency says only a limited number of hunters will be permitted to take three sandhill cranes each.

“The last sandhill crane hunting in Alabama was in 1916,” said Seth Maddox, WFF Migratory Game Bird Coordinator, on OutdoorAlabama.com. “This is the first time in 13 years that we’ve had a new species open to hunting. The last was alligator in 2006. It’s pretty exciting.”

“This sandhill crane season came about through the feedback of hunters,” Maddox said. “They started seeing increased numbers of sandhills while they were out hunting other species, especially waterfowl. Hunters wanted the opportunity to hunt this species in Alabama. They’d heard about the seasons in Kentucky and Tennessee from their friends. Hunters have paved the way for the species recovery of sandhill crane. We want to provide hunting opportunities when they are available.”

Alabama will join just two other states (Kentucky and Tennessee) east of the Mississippi River to permit sandhill crane hunting. In the mean time, 13 states on the western side have participated in hunting sandhill cranes, which is a good indication of the migratory bird’s successful population recovery over the years.

The post Sandhill Crane Hunting Season Returns to Alabama for First Time in a Century appeared first on OutdoorHub.